Market performance was largely in the red this week, but one surprising investment was up: Bitcoin was up +5.68%.​

Best & Worst Performance on the iBillionaire App This Week

For the first month since the summer, the price of Bitcoin rose higher in February. That momentum is clearly continuing so far in March.
​
Bitcoin rose this week largely because Litecoin also had a big rally this week, rising over +16%. Litecoin has announced some well-received partnerships recently, and has said that volumes are increasing along with liquidity, meaning that there are enough buyers and sellers to transact efficiently. When one cryptocurrency rises significantly, it’s not unusual for it to pull up others (Ethereum also rose). Perhaps also helping, Bitcoin got some positive publicity this week after Twitter and Square CEO Jack Dorsey said that he spends $10,000 per week buying bitcoins on Square’s Cash App.

One potential headwind ahead: Mark Zuckerberg said Facebook will launch a rival cryptocurrency which people will be able to use on WhatsApp.

​Want to invest in Bitcoin?​

AMD stock has been consistently volatile, the best performer on our platform one week, to the worst performer another. This week, AMD is down again. The risk-off week surely has something to do with it. Uncertainty about the China trade deal might as well.

Meanwhile, the Bonds BND Index was up a solid amount +0.72%, typical for a risk-off week. Gold was also up +0.68%. The Gold ETF GLD has returned a strong return of about +7% in the last 6 months as market uncertainty has risen, and many have warned of an upcoming global slowdown. Gold is one of the few investments (along with U.S. government bonds) that typically rises in risk-off environments.

PS – Did you know that you can invest in Lyft, Uber, and more hot new companies IPO’ing in 2019 NOW, via our new strategy, IPO PULPS?

Important note: *You probably know already that you can invest in Bitcoin via the iBillionaire platform through a Bitcoin Fund that buys bitcoins for its investors. So you don’t own the bitcoin outright, you own a piece of the Fund, which owns the bitcoin. As a result, naturally, the value of your investment in the Fund is highly correlated to the price of Bitcoin.

The opinions presented reflect the current judgment of the authors and are subject to change. iBillionaire makes no warranties, express or implied, regarding the accuracy of this information or the subjective opinions expressed by the authors. Officers, directors, employees and affiliates may have positions in the securities of companies discussed.

All investors should consider the limitations of the information provided and the difficulties with respect to its application to any investing activity. All investments can lose value over time. Past performance is not indicative of future results. 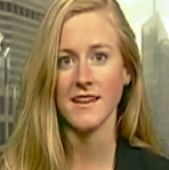 Lyft IPO Is A Buy On iBillionaire